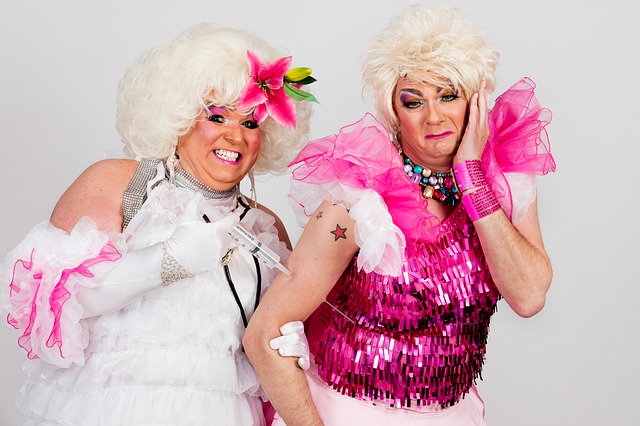 In his poem “On Children” Kahil Gibran wrote:

Progressives agree, at least in part; but rather than “of Life’s longing for itself,” they argue that your children belong to them.

According to the Left’s argument, parents must defer to the expertise of often very progressive educators.

As then-gubernatorial candidate Terry McAuliffe put it, “I don’t think parents should be telling schools what they should teach.”

Parents who attempt to tell schools what to think are treated like menaces.

For example, the National School Boards Association (NSBA) recently wrote a letter to President Biden claiming that “America’s public schools and its education leaders are under an immediate threat” and asking that “the federal government investigate, intercept, and prevent the current threats and acts of violence against our public school officials through existing statutes, executive authority, interagency and intergovernmental task forces, and other extraordinary measures to ensure the safety of our children and educators, to protect interstate commerce, and to preserve public school infrastructure and campuses.”

The NSBA never gives an example of the “threats and acts of violence” — there may not be any — but the NSBA are calling them the “equivalent to a form of domestic terrorism and hate crimes” nonetheless.

One of the reasons parents are objecting to being pushed away from the educational sphere is the realization that the left is targeting and propagandizing transgenderism and the LGBTQIA+ agenda to increasingly younger children.

Many who are familiar with this behavior refer to it as “grooming.” A good example of this is a program called Drag Queen Story Hour, in which a man dresses in women’s clothing and reads stories about “diversity” and “self-love” in public libraries to children as young as three-years-old.

As Heritage Action for America points out:

“This would address situations like one that occurred in Tallahassee, Florida, last year, when school officials directed a young female student to pursue a gender transition, knowingly concealed their actions from her parents, and even discussed restroom preferences and name changes without her parents’ consent or knowledge. The transparency provisions in this bill would help ensure parents are informed and prevent these situations from ever happening again in the Sunshine State.”

The progressive media also characterizes the effort of parents to influence what books their children are assigned to read, and when their children are old enough to read them, with a term that seems intended to invoke images of Christians being stoned to death after soldiers find a Bible in their attic: BOOK BANNING.

Yet is pulling a book from a curriculum, or even from a school library, the equivalent to banning a book, especially if the book is widely available and can be read without penalty?

When a Tennessee school district removed the Holocaust graphic novel Maus from its eighth grade reading list, many began to howl as though those parents were throwing copies of that book into a bonfire and imprisoning those who had a copy in their possession. However, despite this hysteria, this “banned book” was available on Amazon (where it was a bestseller), local bookstores, comic shops, the public library, and even the school library.

Similarly, bookstores and libraries are crowded with books parents may object to their children being required to read.

Amazon, especially, is happy to sell a number of children’s books that promote transgenderism to children. Some of the best-known ones are Calvin, Born Ready, and From the Stars in the Sky to the Fish in the Sea. All three are about boys who think they are girls, or girls who think they are boys, and all three and others like them are recommended for students in pre-K.

Although one could easily find a copy of pro-transgender books aimed at five year olds, the same cannot be said of books that challenge the LGBTQIA+ agenda.

One such book is Ryan T. Anderson’s When Harry Became Sally: Responding to the Transgender Moment, which Amazon refuses to sell. When pressed for an explanation, an executive stated that Amazon would not sell books that “frame LGBTQ+ identity as mental illness,” despite a number in the scientific community who would frame it as just that.

Classrooms are not the only avenue where the left is attempting to propagandize transgenderism. It’s just one slice of the pie. They also use its dominance over our culture to disseminate that message to our youngest.

One can see this in today’s comic books. If someone became a superhero fan because of movies and television, or remembers buying comics many years ago, he or she might be surprised to see that comics now read like the pamphlets handed out at PRIDE parades.

Take a look at the new Justice League for example. The new Superman is a gay teen, as is the new Aquaman, while the new Green Lantern is a lesbian. The new Batman seems to be straight but one of the Robins has come out the closet.

The new Wonder Woman is also a lesbian. Her home in Themyscira, also known as Paradise Island, is still all female, just like in the movies. The difference in the comics today is that some Amazons were born men.

If a biological man can become an Amazon, then why can’t one join the WNBA? ESPN seems to be endorsing this idea judging by their response to Florida’s Parental Rights in Education law, which they greeted with an on-air two minutes of silence.

Slave labor camps are one thing, though. To ESPN, not being able to encourage a young boy to wear a dress is inhumanity on a much deeper level.

These broadcasters are not alone in the sports world to push the left’s pro-transgender agenda. MLB is said to be eager to make its presence known on the issue by moving the 2023 All-Star Game from Utah as punishment for a bill that prohibits trans woman from competing against biological women in sporting events.

Yet no corporation or sports league targets children, teens, and young adults more than Disney. Whether you have a five-year-old obsessed with “Frozen,” or a ten-year-old who idolizes Captain America, or a 15-year-old sports fan, it is likely that your child is being influenced to by Disney’s messaging. It is after all the home of Mickey Mouse, Cinderella, the Anaheim Angels and the Anaheim Ducks, and The Avengers.

Disney has begun exploiting their influence over your children to push the LGBTQIA+ agenda. In 2021, for example, Disney began re-airing Muppet Babies, a show that targets children ages four to seven.

As reported in The Daily Citizen, one episode told the tale of a baby version of the Muppet Gonzo who reveals to baby versions of Miss Piggy and other Muppets that he’s a crossdresser who calls himself “Gonzo-rella” when he decides to be a princess.

More recently, Latoya Raveneau, an executive producer for Disney Television Animation, boasted about Disney’s support for her using vhildren’s programming to further the LGBTQIA. She said, “In my little pocket of Proud Family Disney TVA, the showrunners were super welcoming . . . to my not-at-all-secret gay agenda . . . I was just, wherever I could, adding queerness . . . No one would stop me, and no one was trying to stop me.”

Because Disney has been such a willing vessel for the promotion of the LGBTQIA+ agenda to children, many were surprised by the corporation’s initial hesitancy to campaign against the Parental Rights in Education bill. One can easily suspect that the reason for the hesitancy is because Disney has a great business relationship with Florida’s governor Ron DeSantis.

However, Disney badly underestimated how important it is to progressives and their national media that teachers be able to give lessons in “gender fluidity” — along with the alphabet and counting to ten.

The corporation quickly found themselves uncomfortably siding against MSNBC, which called the bill “child abuse,” and employees threatening the company with a walkout.

Once the bill became law, Disney posted an image of Mickey Mouse in PRIDE colors and the following message:

Our goal as a company is for this law to be repealed by the legislature or struck down in the courts, and we remain committed to supporting the national and state organizations working to achieve that. We are dedicated to standing up for the rights and safety of LGBTQ members of the Disney family, as well as the LGBTQ+ community in Florida and across the country.

Disney has not yet explained how the rights and safety of the “LGBTQ+ members of the Disney family” is threatened by the Parental Rights in Education bill becoming law. Perhaps that explanation will be forthcoming.

It is easy to believe that progressives don’t believe that parents have the right to shape their children’s school curriculum, especially when one sees TikTok videos of elementary teachers bragging about replacing the American flag with the PRIDE flag, or when the Washington Post prints op-eds with titles like “Parents claim they have the right to shape their kids’ school curriculum. They don’t.”

Progressives have clear views on numerous issues that are antithetical to the views of much of the rest of society. On no issue have they been clearer on this than with the propagandizing of transgenderism.

On March 31st, 2022 — otherwise known as Transgender Day of Visibility — the White House emphasized its focus on adolescent transgenderism in a message declaring “[f]or transgender and nonbinary children and adolescents, early gender-affirming care is crucial is crucial to overall health.”

This care is to include puberty blockers, hormone therapy, and sex-change surgeries – again, for adolescents.

At minimum, they want a society where no one, especially not your child, can define “woman” without being a biologist or being labeled a bigot.