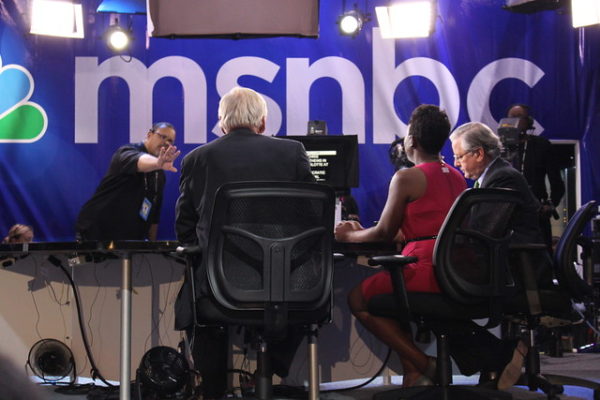 In June of 2019 in Portland, a hostile white mob — calling itself Antifa — threateningly surrounded a man who is a person of color.

Unlike another incident allegedly involving a hostile white mob, in which a person of color claimed to be assaulted by the smile of a skinny 15-year old kid near the Lincoln Memorial, the gentleman in Portland (Andy Ngo) was assaulted with kicks, punches, and vegan vanilla milkshakes. So beaten was he that he required hospitalization for his injuries, which included brain bleed.

Yet while the Lincoln Memorial incident dominated social media for days with accusations of racism and white supremacy, the Portland incident barely elicited a whisper of outrage.

It may be a struggle for some to see why the Lincoln Memorial incident was deemed racist while the Portland incident was not. After all, both contained a similar key element: a white mob against a lone person of color.

Yet clearly the reactions to the incidents differed wildly. While a group of Catholic high school teens were so demonized that their school received hundreds of threats, the media sanitized Antifa. Newsweek columnist Tae Phoenix even wrote of Antifa, “I’ve met golden retrievers who scared me more.”

While Ngo’s plight is sickening, it is not unique. Many incidents against people of color occur yet oddly are not generally considered to be racist or racially motivated.

In Washington, D.C., for example, a Hispanic senator was chased out of a restaurant by a hostile white mob. An Asian author who occasionally posts some of the hate mail she receives included one that suggested she commit “hari-kari.”   The one black member of the Supreme Court is regularly singled out by liberals for being  “the absolute worst” and even for being “fat” and “lazy.”

Again, one has to wonder how can these things happen without being called “racist” at a time when MSDNCNN — the name I’ve given to this alliance between the Democratic Party and MSNBC, CNN, the NY Times, the Washington Post, and numerous other media outlets — froths at the mouth for weeks in moral outrage over the “racism” of President Trump calling Representative Elijah Cummings “a bully” or Don Lemon “dumb.”

The conclusion is inescapable.

Columnist Ramesh Ponnuru wrote, “Nearly everyone agrees that racism is evil. But liberals and conservatives have different thresholds for what constitutes it.”

This is not completely accurate. It is not that liberals and conservatives have a different threshold for racism but rather that they define it very differently.

To a conservative, racism is prejudice against or the hatred of another race, or the belief that one’s own race is superior to other races. To a liberal, racism is simply the expression of opposition to a progressive person of color by a white conservative.

Therefore, consistent with this definition, neither the attack against Andy Ngo, nor any of the other examples I listed above, involving Ted Cruz, Ying Ma, and Clarence Thomas, are racist because in each case none of the subjects are progressives.

When white congressman Steve Cohen suggested that African American pro-life activist Star Parker’s testimony before Congress ‘showed her ignorance,’ The Root, which claims to be “Black News, Opinions, Politics and Culture,”  did not defend this black woman. Instead, they wrote:

“People were shocked to hear him go after a black woman publicly like this, but here is the thing:

She is kinda ignorant, though.”

Allen West, a former congressman and possible candidate for Texas Republican Party Chair, and an African American, recently provided an example of how black liberals slavishly grin in support of white liberals who attack black conservatives on his blog, The Old School Patriot:

“I have shared with y’all my 2012 congressional reelection campaign experience with an ad run by my opponent that depicted me with a gold tooth punching white women. What was the response from the left . . . crickets. The NAACP Director of the Washington Bureau and SVP for Advocacy and Policy, Hillary O. Shelton, laughed on TV and said the ad had me dressed in a nice suit . . . butthole. Who are the “sellouts” again?”

Again, imagine the reaction if a white congressman spoke as rudely to a liberal black woman testifying before the House as Rep. Cohen did to Star Parker, or if a white Republican running against an African American Democrat ran an ad similar to the one that denigrated Allen West.

The left’s re-defining the word “racism” to suit their needs has had a significant impact on our politics.

According to a Quinnipiac poll, 51 percent of voters believe that President Trump is a racist. Quinnipiac also found that only 6 percent of black voters support him.

Trump’s support among African Americans deserves to be much higher for a variety of reasons, including his presiding over record low unemployment in the black community.

However, in an era in which MSDNCNN relentlessly hammers that such things like calling West Baltimore rat-infested, an accurate assessment that echoes the view previously expressed by many Democrats, including Baltimore’s own mayor, is somehow racist, then not only has the word been cheapened and redefined, but now is more clearly than ever a propaganda tool of the progressive left.