Several years ago, while traveling to visit my mother-in-law in the Sierras, I heard about the Obama administration’s medical device tax. I had a mini-meltdown because I am the mother of a child with Type 1 diabetes.

Type 1 diabetes (formerly Juvenile Diabetes) is an autoimmune illness wherein something in the body is triggered to consider the pancreas as an “invader” and destroys it, rendering the person incapable of producing the insulin needed to sustain life. It’s a little more complicated than that, but for the purposes of this post, and in consideration for laymen’s terminology, let that suffice.

Upon hearing about the device tax, and my subsequent meltdown, I wrote out a doozy of a rant on my mobile phone, writing down all our out-of-pocket costs for dealing with this chronic, life-threatening condition. But, due to intermittent internet connectivity, I lost the post somehow.

I just chalked it up as a cathartic exercise in getting my feelings out as a mother of three children (one biological, two adoptive, all of whom have some sort of challenge).  I feel like I am always juggling, unsure if I am ever getting it all right, something I know many mothers struggle with, but especially those of us mamas with kids who have additional challenges. Always doubting myself, feeling horrible because I don’t get to all the things I want to do with my kids, dashing from appointment to appointment, and, as a homeschooling mom, we sacrifice one income . . . so the financial concerns that come with medications, supplies, doctor’s visits, etc., especially at the beginning of a new year when there’s a high deductible.

So there I was with this huge list of the costs just for this one condition (as I mention, there are many in my family). The two biggest costs were (and are) insulin, and his insulin pump (a medical device) and its supplies (tubing, reservoirs, etc). These two alone range into the thousands per year, and when you add on a blood glucose meter and strips, lancing supplies, prep pads, adhesives, continuous glucose monitoring device (CGMS) — yes, another device — with all its supplies, you can see why I had the meltdown.

Every four years, we have to purchase a new insulin and system. One, because they go out of warranty, and two, because there are always new and innovative changes in technology, necessitating upgrades to improve the quality of life and medical outcomes, such as A1C numbers (the holy grail of diabetes management). Thus, this device tax had me angry and upset for the many families it would affect.

Insulin alone has been increasing in price for years. Depending upon insurance and where we are in the health care year (before is met, or after), insulin can range from $0-900+ per month. It’s only been over the last couple of years where we’ve seen the $0 copay at various times. These are the insulin costs to me . . . insulin makers see profits in the billions of dollars — per year — while many families struggle with these costs, even with subsidies, co-insurance, etc.

How horrible, as a mother, to dread the new year because I know for the first six months or so, we are looking at at least $1k per month for the insulin . . . then the other supplies . . . and that’s for one condition, for one child . . . on one income, or was, before my husband lost his job earlier this year. Anyone who has ever utilized COBRA knows it’s more expensive, and with less income coming in — go figure.

But these are medications my child depends upon for his life. And, the insulin pump was a game-changer. Not only for his A1C but for his quality of life overall. Not being tied to rigid mealtimes because injection meds (longer acting insulin) wore off at specific times, being able to sleep in, and not being up all night trying to help him control highs and lows because pumps can give micro-doses that injections cannot . . .

Insulin pump therapy is set to be revolutionized shortly with the advent of the “bionic pancreas,” a device that will be a sort of artificial pancreas, via a closed-loop insulin pump system. That device is in trial, set to be released in the next year or so. We have a hybrid system, which is a step down from that. Currently, there is no cure for Type 1 diabetes.

So, today, when I saw that Republican doctor, Dr. Scott Gottlieb, currently Commissioner of the FDA, put insulin makers on notice regarding their costs, it was music to this free-market lovin’ mama’s ears!

Additionally, after years of political castigation, hearing that the right hates grannies and “wants people to die,” it was glorious to see this administration — the first to tackle the ongoing outcry regarding the spiking cost of insulin — take such a stance. This administration is letting the free-market and competition bring prices down, with the additional reclassification of insulin as a “biologic.”

Conservatives don’t want to withhold care, we want to use free-market principles, such as these, to be the agents of change. As with our public school system, we have thrown money at a problem for decades with little to no change. We want the market, competition, and solid reforms — such as the re-characterization of insulin — to invigorate our system. Additionally, not penalizing innovation, such as taxes on devices — our technology — is key. This administration is apparently pushing for repeal of this tax, with the House having voted for it, and the Senate voting on some provisions, but not a full repeal . . . yet.

I am prayerful the device tax repeal will go through, and that the FDA will prevail in bringing insulin prices down. I’m also glad to see it is this administration leading the way, helping to show that conservative principles do work to effect needed change. 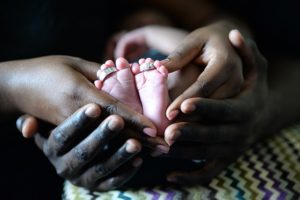