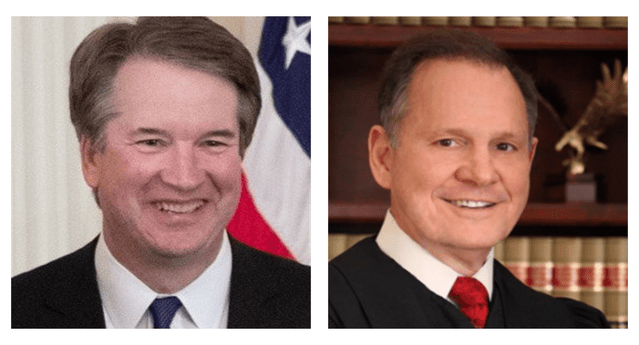 In 1953 playwright Arthur Miller presented his greatest work, a dramatized account of the Salem witch trials titled The Crucible. In this play a group of women have a number of people convicted of witchcraft on no other evidence than their testimony.

The play was meant as a damning metaphor against McCarthyism, but it would be hard for those who have been watching Brett Kavanaugh defend his Supreme Court nomination not to see the parallel.

Judge Kavanaugh, much like The Crucible’s John Proctor, stands charged with crimes against which he has little means of defending himself, besides, of course, his word.

At this writing, it remains to be seen if Judge Kavanaugh’s word will be enough to protect him from, metaphorically, sharing John Proctor’s ultimate fate.

I watched, with interest, Senate Leader Mitch McConnell’s recent speech in defense of Judge Kavanaugh. Some of the rhetoric was almost worthy of having being written by Arthur Miller, delivered with a passion worthy of Daniel Day-Lewis:

Senate Democrats and their allies are trying to destroy a man’s personal and professional life on the basis of decades-old allegations that are unsubstantiated and uncorroborated. That is where we are. This is what the so-called ‘Resistance’ has become. A smear campaign, pure and simple. Aided and abetted by members of the United States Senate.

As much as I applauded Senator McConnell’s speech, I had to note that it was he who helped usher in this current environment by his treatment of Roy Moore.

To compare Brett Kavanaugh and Roy Moore seems difficult at first blush, as Judge Kavanaugh is cold, dull, almost robotic in his manner, rarely going off script in his interviews, or his Senate confirmation hearing; Judge Moore, however, is fiery — evidenced by defying a court order to remove a monument of the Ten Commandments from the Alabama Judicial Building — yet there are similarities.

A minor similarity is that neither was my favorite for their candidacy of the Supreme Court (in the case of Judge Kavanaugh), and the Senate (in the case of Judge Moore).  My hope was that President Trump would pick Miguel Estrada, or any number of other candidates, to be his second Supreme Court pick, and that Alabama congressman Mo Brooks would be the Republican nominee for the Senate.

More importantly, both men are similar in that they have both been put upon by unverifiable, “October surprise” charges of sexual misconduct.

To emphasize: neither man fell out of the ether. Both were known commodities for several decades before their accusers felt compelled to come forward.

Judge Kavanaugh is a federal judge, and former White House staff secretary. He was one of the names on Mitt Romney’s list of potential Supreme Court nominees in 2012. He was announced as being on President Trump’s Supreme Court short-list in 2016.

Yet, somehow, it was only after he endured a contentious confirmation hearing, six FBI background checks, and was only days away from a Senate vote that we are know hearing that he was a regular participant in gang rape parties.

Gee, how did the FBI miss that?

Similarly, Roy Moore was a well-known figure in Alabama. He was a Chief Justice of the Alabama Supreme Court. He had already defeated Congressman Mo Brooks, and Senator Luther Strange, and was poised to win the general election to replace Jeff Sessions in the Senate.

Then, when his seemingly eminent victory was only weeks away, the Washington Post suddenly began to find women ready to come forward to accuse Judge Moore — without evidence — of being a sexual deviant approximately 40 years ago.

Again, the timing of this revelation was suspect. As Mark Levin put it:

How did the WaPo know there were four women, who they were, and how to contact them? A Washington Post reporter just happens to be in Alabama talking to Roy Moore supporter . . . And he happens to hear what no one has reported in 38 years, no political opponents – no one . . . That Roy Moore, 38 years ago, made advances to teenage girls. Four of them.

This is not to argue that Judge Kavanaugh or Judge Moore could not have committed any of the accusations laid against them. I do not know either personally. It is certainly not unheard of that a teen-aged girl would be a victim of molestation by a drunken teen-aged boy, or even by an adult man in his thirties, nor would it be extraordinary for said boy, or adult, to lie about it afterwards.

But as John Proctor asks, “Is the accuser always holy now? Were they born this morning as clean as God’s fingers?”

According to “The Prevalence of False Allegations of Rape in the United States from 2006-2010,” a report by the Journal of Forensic Psychology, “Approximately 5% of the allegations of rape [reported in the U.S. between 2006 and 2010] were deemed false or baseless. That was at least five times higher than for most other offence types.” Only a few months ago, a female college student was sentenced to a year in prison for falsely accusing two men of rape.

It is a shame Mitch McConnell, and other prominent Republican figures did not share Mark Levin’s skepticism about the Washington Post reporter’s good luck, even failing initially to guarantee that Judge Moore would be seated in the Senate, even if he won his upcoming election.

But, it was Mitt Romney who best captured the moment, with a devastating anti-Moore tweet, the repercussions of which may be felt for a long time to come:

Innocent until proven guilty is for criminal convictions, not elections. I believe Leigh Corfman. Her account is too serious to ignore. Moore is unfit for office and should step aside.

Clearly, according to figures like Senator-elect Romney, and Senator McConnell, the presumption of innocence — a cornerstone of our legal system — had no place in the Moore case, no more so than it did for the accused in The Curicible.

How, then, can one be surprised that the Democrats, and the MSNBCNN media, are arguing that “there’s no presumption of innocence” for a Republican Supreme Court nominee only a few months later?

September 26, 2022
Judicial Intimidation: The Left’s Effort to Subjugate the Court 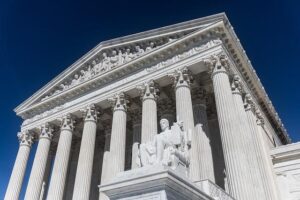