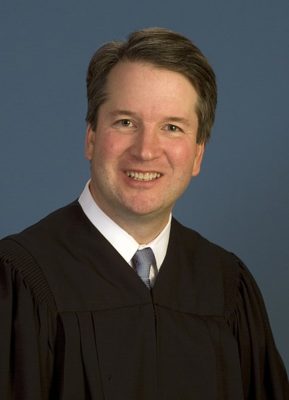 Because of their ongoing inability to entice a majority of white men to vote against Republicans — 62 percent voted for Trump in the 2016 election, for example — Democrats must continue to portray themselves as a coalition of People of Color and White Women, or as the Party of Everyone but White Men.

So now comes Professor Christine Blasey Ford, who is charging Supreme Court nominee Brett Kavanaugh with attempting to rape her over 35 years ago at a high school party, allegedly when he was drunken 17-year old boy.

The truth of Ford’s charge is likely unknowable. After so many decades there isn’t any forensic evidence to support her charge, nor are there any corroborating witnesses (as of this writing).  That she passed a polygraph indicates that Ford herself believes her story is true, but she has been uncertain of key facts about the incident. USA Today points out, “Ford can’t remember the year the incident happened, she can’t remember how she got to the house party, or how she got home.” Perhaps, some may argue, she may be misremembering Kavanaugh’s actions as well.

Despite the unknowable truth of Ford’s accusation, Democrats will continue to tout her as the latest champion for the Party of Everyone but White Men.

Dr. Ford allows them to appear on those MSNBCNN shows sounding like a hybrid of Rosa Parks and Susan B. Anthony, and attacking white male Republicans for, as they will frame it, criticizing a “survivor.”  One can already hear the Democrats asking women’s groups, “how misogynistic is my Republican opponent to vote to confirm, to the highest court in the land, a man who raped a 15-year-old girl?”

Unimportant, apparently, is the hypocrisy of this narrative. Well-reported on Fox News, and many conservative websites, is Cory Booker’s own admission of groping a young teen while he was in high school, as well as the accusations of physical abuse against women by Democrat Senators Brown and Carper, and Congressman Ellison.

In fact, charges of sexual harassment, and abuse, are so common that over $300k of taxpayer money has been paid by Congress to settle them since 2003.

Perhaps most important to the Democrats is their opportunity to use Ford to have the Kennedy seat filled by a liberal. To do so, they will have to have the Kavanaugh nomination delayed for a FBI investigation into Ford’s charge go past the November midterm election.  The Democrats hope they will then emerge from those elections with the Senate majority, and they will need to reject Kavanaugh, and anyone else Trump might nominate, until after the 2020 election, when perhaps they will see Spartacus and the Squaw unseat Trump, and begin nominating progressive Supreme Court candidates.

Perhaps they will succeed in this. Perhaps they won’t. But, as always, it is important to see past the pretenses and moral outrage of the Party of Everyone but White Men, as they rush to condemn Brett Kavanaugh.