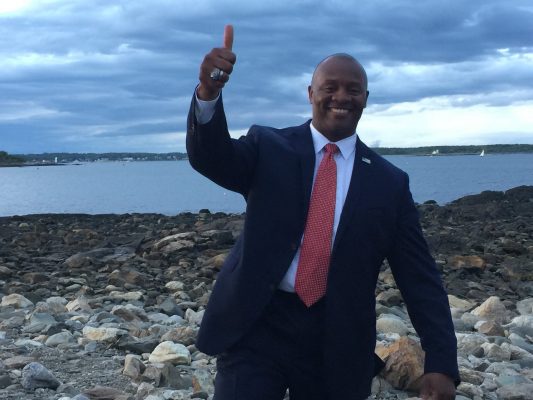 Ideally, of course, race would be irrelevant in political discussion.

In a more perfect universe, voters would simply vote for the candidate that best exemplified their political philosophy; which in itself would be primarily determined by what the voters believed best for themselves, their families, their communities, or their country. The skin color of a particular candidate — much like his, or her, gender, religion, and other identity politics markers — would be a minute consideration.

However, the left sees politics, and race, as necessarily intertwined as the fiber in a knitted sweater.

The superficial reason for this is that the left needs a high percentage of the minority vote to win elections. For example, according to American Progress:

The national exit polls have broken out their survey results by racial group since 1976, and since that year, the Republican nominee for president has received, on average, 54.8 percent of the white vote, while the Democratic nominee has garnered an average of 40.6 percent.

Obviously Democrats are highly incentivized by these numbers to continue to court the non-White vote, and what better way of doing that than by telling people of color that those who are not Democrats are racists?

In fact, the left, thanks largely to their members in the MSNBCNN media, have so consistently reported as fact that President Trump is a racist — without any compelling supporting evidence, mind you — that, according to a recent Quinnipiac poll, 49 percent of the country believe that to be true.

Typically if one asks what has Trump done that shows he is a racist the answers one is likely to receive — if one receives any answer at all — tend to be that he “called all Mexicans rapists and criminals” or “tried to ban all Muslims from the U.S.” or that he wouldn’t condemn the neo-Nazis at Charlottesville. None of this is true.

However, a deeper reason why the left links politics and race is that they believe that America herself is infected by racism from a virus called capitalism, for which socialism is the cure.

As the famous professor Cornel West, an Honorary Chair of the Democratic Socialists of America, writes in “Toward a Socialist Theory of Racism:”

This means not simply that Americans have inherited racist attitudes and prejudices, but, more importantly, that institutional forms of racism are embedded in American society in both visible and invisible ways. These institutional forms exist not only in remnants of de jure job, housing, and educational discrimination and political gerrymandering. They also manifest themselves in a de facto labor market segmentation, produced by the exclusion of large numbers of peoples of color from the socioeconomic mainstream.

Professor West finally concludes that “a democratic socialist society is the best hope for alleviating and minimizing racism, particularly institutional forms of racism.”

This is in this environment where the left both needs the minority vote, and believes themselves to be the most deserving of it — “the bulk of democratic socialists are among the least racist of Americans,” boasts Dr. West; “For more than 200 years, our party has led the fight for civil rights” says democrats.org — that one finds not only Trump and his Republicans allies labeled as racists but the people who vote for them as well. And while it may not be new or interesting for a Republican running for office to be called racist — how many prominent Republican politicians over the last 50 years or so haven’t been called a racist? — there is something new and dangerous about how American citizens are now being smeared with the same attack simply for voting Republican.

As Jeet Heer of the New Republic writes:

Trump is appealing to the aggrieved privilege of well-to-do white Republicans who feel threatened by America’s changing demographics and challenges to the traditional racial hierarchy in the age of Obama.

Racism is evil, but it is not idiotic from the point of view of racists. White racists see themselves as benefitting from Trump’s proposal to shore up the old racial status quo. Their value system deserves to be challenged, but they aren’t being fooled by Trump. They know what he’s selling and they like it.

According to MSNBC’s Joe Scarborough, voters “cannot say, ’Oh, I’m just supporting him because he’s giving them hell in Washington.’ No, he’s been openly racist, just like we said back in December of 2015, openly racist. And if you support him, then you’re supporting that, and you are that.”

But if Trump supporters are openly racists evildoers gleefully benefiting from Trump’s bigoted agenda, then what does one make of the rise of Eddie Edwards?

Eddie Edwards is a Navy veteran and former chief of police. He is a vocal Trump supporter who used his support for the president, including his endorsement from Trump attorney Rudy Giuliani, as a part of his campaign. He is also an African American.  Yet he ran as a Republican to represent New Hampshire’s First Congressional District, which is 94% White, against a roster of White candidates, and won convincingly.

Writer Lee Habeeb gives a similar example in his  Newsweek column. He discusses the Texas town of Abilene, which is 75% White and had given 80% of its votes to Donald Trump. Yet Abilene also overwhelmingly elected an African American, Anthony Williams, as its mayor.

It didn’t make national news, that history-making story. And social scientists and researchers won’t be running to the west Texas town any time soon to study the voters there.

We all know why: the story doesn’t comport with the narrative that white people voted for Trump because they are racist, misogynist, xenophobes who fear losing their status in the world to a growing minority population.

The left’s characterization of racism as an evil that emanates almost entirely from Republican politicians, even as they embrace figures like Louis Farrakhan, rather than a corruption that plagues humans of all walks of life, is so dishonest and self-serving that it should not require much to disprove it.  Yet the success of Black candidates like Eddie Edwards and others like him among White Trump-voting Republicans continue to help underscore how thin this deceit really is.