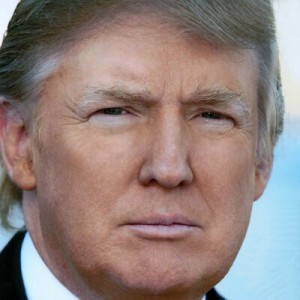 Full Disclosure: I don’t support Donald Trump. I do like him, though. I like him from my days as a fan of The Apprentice (the non-celebrity one), and I like how he battles his enemies, such as reading Lindsay Graham’s personal cell phone number to an audience after the Senator called him a ‘jackass’ or remarking how Rick Perry may think his new glasses make him look intelligent but no one is falling for it.

But liking him isn’t likely to translate into me voting for him. In fact, of all the Republican candidates, Trump may be the one I am least likely to support. Trump has a long history of contributing to Progressives — such as the Clintons, Reid, Pelosi, Schumer, and Rangel — and he has expressed support for abortion, higher taxes, and universal healthcare. Although his stated views all seem conservative now  — except for his call for more immigration — when asked who was his favorite post-Reagan president was, his choice was Bill Clinton.

Yet, though I do not support him, but perhaps because I do like him, I find myself compelled to defend him against the Mean Kids who attack him, as if he was the unpopular kid in class, or the strange guy who eats lunch alone in the office. The Mean Kids are piling on every opportunity to insult him and shun him from the Cool Kids Club, which may be ironic since Trump is a bit of a Mean Kid himself, and probably donated a lot of money to that club.

The vitriol being directed towards Donald Trump for committing no crime besides expressing his views, has been a disgrace for a nation that supposedly values political debate. One would think he was caught on an undercover video negotiating the sale of body parts taken from unborn children. Trump is, for example, “an embarrassment to our entire nation,” according to the cover of the New York Daily News. And the Huffington Post, in a remarkable display of arrogance, will no longer even cover Trump in their political pages, despite its willingness to cover (and presumably endorse) a candidate so dishonest that she once claimed to come under sniper fire at a Bosnian airport when in fact she was presented with flowers from a school girl.

Far worse, however, than the media using its freedom of speech to suppress Trump’s freedom of speech are politicians using the Power of the State to punish Trump for his views. New York’s Mayor de Blasio has promised to not do business with Trump in the future, and Boston Mayor Walsh has warned Trump to stay out of his city, both acts intended to punish Trump for his comments about illegal immigration. It’s no surprise that we are currently flying the Cuban flag over their embassy in Washington, since we are beginning to use their tactics to deal with political opposition. See Chick-fil-A and the gay marriage controversy for another example.

Strangely, many of the Republican candidates have joined in the chorus attacking Trump. Trump’s 2016 campaign has so far been very nearly opposite the 2008 campaign of Barack Obama’s. While the Democratic party and the media fought diligently to defend and excuse Obama’s radical opinions, baffling mistakes, and dangerous associations; Trump’s party and the media underline, highlight, and amplify everything he does that might hurt him. In fact, I can think of no Republican candidate so disavowed by the Republican establishment since David Duke ran for Senate in Louisiana. This is noteworthy, since the GOP establishment has disavowed many a conservative over the years. In fact, I believe if Jeb Bush, Scott Walker, or Marco Rubio do not win the nomination, many of them would vote for Hillary Clinton.

Most outspokenly anti-Trump of the Republican establishment presidential candidates has been Governor Rick Perry. Perry probably has five reasons why Trump is unworthy to be our next President, although Perry can only remember four of them.

What has Trump done to deserve such antipathy? One accusation is that Trump called all Mexicans rapists. However, what Trump actually said was “When Mexico sends its people, they’re not sending their best… They’re sending people that have lots of problems, and they’re bringing those problems with us. They’re bringing drugs. They’re bringing crime. They’re rapists. And some, I assume, are good people.” This is quite different, of course, and hardly controversial, unless one thinks all illegal immigrants come to our country as “an act of love.”

Trump touches upon a point I think valid, as long as it isn’t stretched too far. The crime rate the US suffers from illegals isn’t epidemic in comparison to native born Americans but illegals do commit crimes here, including rape and murder, as evident by the recent Congressional testimony of Laura Willkerson, whose teenaged son was viciously murdered by an illegal. And yes, 90% of cocaine in the US has traveled across the Mexican border.

Nor do I believe Trump thinks POWs aren’t war heroes, or even that John McCain isn’t a war hero. Trump’s actual words regarding McCain was, “He’s a war hero because he was captured,” a deliberate insult to McCain in response to McCain calling Trump supporters “crazies” but hardly what the remark has been characterized as. Trump stated that McCain is a war hero no less than four times during this referenced exchange, as reporter Sheryl Attkisson points out.

To underscore how ridiculous and hypocritical those who are attacking Trump have become, I will point out that the Daily Kos published a piece in 2008 stating that McCain Is No War Hero.  It now calls Trump “despicable” after falsely charging that he claimed that John McCain is no war hero.

Trump has stated that he won’t run third party, but that is a decision that can change at any second, especially given the GOP’s treatment of him. Trump may very well eventually decide that if he is going to be treated as an outsider by the GOP, he might as well run outside the GOP. 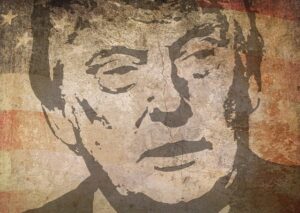 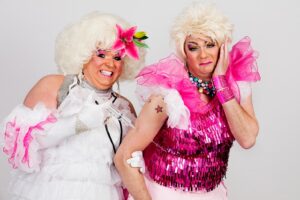