On the eve of the primary in South Carolina, the Obama administration is invalidating a voter ID law in South Carolina. Attorney General Eric Holder invoked the race card to justify his stance. Today SC governor Niki Haley has vowed to fight back.

“South Carolina Gov. Nikki Haley said Tuesday that federal officials are waging war with South Carolina over laws the people want, like new voter ID requirements that she and other leaders pledged to defend from challenges by the U.S. Justice Department.

S.C. Attorney General Alan Wilson on Tuesday said the state will file suit against the U.S. Department of Justice, which last month rejected the state’s new Voter ID law requiring all voters to show a valid state-approved photo ID in order to cast a ballot.

Voter fraud’s old friend ACORN is also involved: New records courtesy of a Freedom of Information Act (FOIA) lawsuit filed by Judicial Watch on August 19, 2011, detail communications between the DOJ and Estelle Rogers, a former ACORN attorney currently serving as Director of Advocacy for Project Vote. These documents leave no doubt that a suspiciously close relationship between Project Vote and the DOJ is developing behind closed doors.

A CALL TO ACTION
The rally in SC is sponsored by the Houston-based True The Vote, a grass roots voter integrity project staffed by volunteers. True The Vote is a nation-wide organization that has affiliates across the country, every day citizens interested in the integrity of the elections in their home district.

After a successful rally in Austin, Texas to protest the intrusions of the DOJ, True the Vote and Anita MonCrief are calling all black conservatives to SC on 1/20/11 to wave their photo id’s and prevent those who wish to divide us from using the race card. Previous actions have shown that when there are black willing to speak for themselves they tend to disavow the rhetoric of race coming from the left.

It is especially painful to see an organization like the NAACP, after years of fighting against genuine racism, now playing the game of race-card fraud.

The rally is open to all citizens and the goal is to spur citizens to get involved. Democrat or Republican voter fraud is unacceptable but it is up to us to stop it.

We would like to hold the rally on Friday during a break in SRLC events but before the dinner starts. We hope to pull in the governor or other speakers for a screening of former NAACP chapter head, CL Bryant’s “Runaway Slave” and hold a roundtable discussion on race and how to remove the race card from being used as political theater. 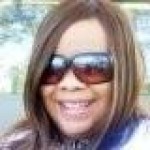