Note: The following is a statement released today by the West campaign, graciously furnished to us by LTC West:

“I am very concerned about the decision in NYC reference the approval to construct a mosque near the sacred Ground Zero site in New York City. Leadership is based upon courage, competence, commitment, conviction, and character, something lacking in those supporting the building of this structure. Mayor Bloomberg’s assertion that refusal to allow this mosque to be built would be a victory for Islamic terrorists is an illogical statement. He certainly has not studied the history of Islamic conquest against western civilization. I am available for a tutorial.

I do not support the building of a mosque at ground zero. It is not about Muslims, it is about a totalitarian, theocratic-political ideology with an imperialistic objective which I will not allow to claim victory in my Country.

Since Mayor Bloomberg is a rather financially blessed fella, my recommendation is that he and I take a trip to Mecca and visit the local churches and synagogues…….and on the way back we can have a discussion about religious freedoms and tolerance.” 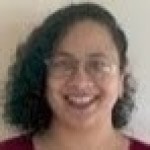 These Liberals need to stop giving in, stop appologizing, and stop throwing America under the bus. America is the bus, and they can get on, or get the hell out of the way.