On April 4th, 2008 Richard Poplawski ambushed and killed three Pittsburgh police officers because, according to a “childhood friend”, he believed “Obama was going to take his guns away.”

Forgetting for a moment  how implausible an explanation for killing three cops that is for any reasonably sane person to go on  a shooting spree, – did he think killing three cops would make having guns taken away less likely? – that explanation has made Poplawski the catalyst for an amazing round of attacks on Conservatism.

David Schuster, host of “1600 Pennsylvania Avenue”, asked on air “Don’t you think the right’s kind of responsible for those cop-killings?”Not to be outdone, CNN’s Rick Sanchez said there was “no doubt the Pittsburgh cop-killer was influenced by Fox News.” On twitter Daily Kos founder Markos Moulitsas Zúniga blogged that Conservatives prefer cop-killing to political organization.

The reason they give for saying that Rush, Beck, and Fox inspired a man to kill is that apparently the only reason Poplawski believed  that Obama was going to show up at his door and emasculate him by removing his weapons is because Rush, Beck, and Fox told him that would be so.

It is important to note that neither Schuster, Sanchez, or the liberal blogs that are also propagating this story have verified either that Poplawski truly feared the removal of his guns or that he had any particular fondness for Rush, Beck, Fox, or for what most of us would consider to be “conservatism”.  After all, if Poplawski is known to listen to anyone it is to Alex Jones, whom Limbaugh has called a “kook”.

It is also important to note that if Poplawski did indeed believe Obama was going to take away his guns, why would it be that he got this idea from the rantings of Glenn Beck when Obama himself has said as much? The Obama Administration has called for a ban of semi-automatic weapons.  One needs not listen to Rush to know that.  Obama supported the DC handgun ban and a similar ban in Illinois. Even more telling, Obama himself – not Beck, not Fox – said in 1996 that he supported the “ban on the manufacture, sale, and possession of handguns” and “assault weapons” in a questionnaire.

Obama by the way denied having answered this way in the questionnaire, saying that his answers were given by his aides. This is from the same people who recently denied that Obama bowed before the Saudi King.

So while we are left with the Left saying that the Right is responsible for Poplawski’s supposed fear of his guns being taken away, which supposedly lead to him shooting cops, the truth is that we have no real evidence as to what motivated Poplawski. And if he was indeed motivated by future gun control laws, there is no evidence that he got that belief from ‘right-wing lies’ told on Fox or talk radio, especially when he could have gotten that belief from simply reviewing Obama’s record. 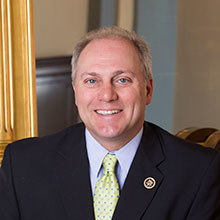