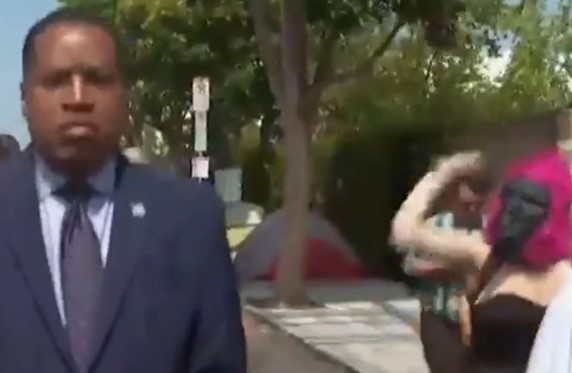 If a president pressures a world leader to aid in his deception of the American people, the president should face impeachment.

If a general conspires to undermine a US president, especially if he conspires to do so on behalf of an enemy, the general should be charged with treason.

These should be considered basic truths regardless of the political affiliation of the president.

Instead, we have a system so marked with double standards that it has become too common to mention.

We could say “Wow, if Trump had done that” several times a day, every day, such as when Biden referred to his African American Secretary of Defense as “boy,” but why hammer the obvious?

Recently, many of us saw a white woman throw an egg at Larry Elder for his having the temerity to attempt to be the first Black California governor.

Less than two years prior to this a white college student was charged with “civil rights intimidation” for attending a Black Lives Matters rally in a gorilla mask.

The woman who attempted to assault Elder was not even charged with littering, and the story itself was covered by the LA Times with a picture that gave an initial impression that Elder had slapped her.

Double standards may seem too routine to be harmful but they are deeply pernicious. No one wants to be treated unfairly.

Few want to be required to be vaccinated when others such as illegal aliens are not.

Not everyone wants to see people treated like terrorists and rapists for protesting election certification inside the Capitol Building when those who protested the nomination of Justice Kavanaugh inside the same building are treated as heroes.

Who among us wants to be treated disparagingly because of our gender, ethnicity, faith, or how we vote?

Our double standards foster resentment and division. They will eventually shatter what unites us as a country.