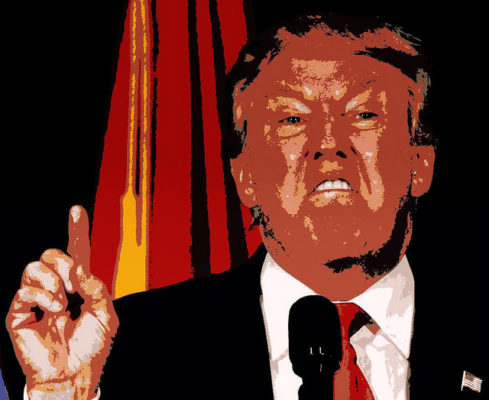 Many years ago — but definitely after Charlottesville and the Scalise shooting — there should have been a coming together of top political voices to condemn political violence.

I would have liked to have seen a public service announcement that could have featured the Trumps, the Pences, the Obamas, the Clintons, Rush Limbaugh, Rachel Maddow, and so on. Perhaps it could have been modeled after this famous “I Pledge” video, but instead of having celebrities pledging to be “a servant” to Barack Obama we could have people pledging something less Stalinistic, like to not attempt to intimidate, shoot, or mail bombs to people because they are of another party.

It would have been very effective, too. In fact, I expected that it or something along the same lines to be forthcoming. Instead, however, we started seeing stories describing those throwing soda cans filled with cement at Charlottesville as “anti-fascists.” Some on the left could not wait until Rep. Scalise was out of critical condition before labeling him a “bigoted homophobe,” implying that he kinda sorta had it coming.

Instead of tamping down the hostility, Dems and MSNBCNN ratcheted it up, celebrating when Republicans were prevented from speaking on college campuses, harassed during dinner, or held hostage in an elevator. It has been as if they were unaware — even after the Scalise shooting — that this sort of behavior could be life-threatening.

When Press Secretary Sarah Sanders was refused service in one restaurant and chased out of another, a columnist for the Washington Post, for example, responded by writing that if she didn’t want to be “shunned” she should not work for President Trump.

Even politicians from Maxine Waters to Eric Holder and Cory Booker encouraged more violence against Republicans.

It’s not just famous Republican politicians who are bullied and targeted by the left. Reports such as teens having their drink thrown in their face, or trucks being set on fire because they displayed Trump bumper stickers are now so common many Republicans avoid identifying themselves. I may not be a genius, but I’m smart enough not to wear a MAGA cap in public, not unless I happen to be visiting someplace like Mar-A-Lago.

This atmosphere of violence has been placed at the feet of Donald Trump and his supporters. This is ironic, considering that the “civil” presidential candidate, Hillary Clinton, is currently denouncing civility, arguing that “You cannot be civil with a political party that wants to destroy what you stand for, what you care about.” Or at least she was until she was the supposed victim of a mail bomber who apparently agrees with her.

However, this era of political violence did not begin with the ascension of Donald J. Trump, despite what the propagandists in the MSNBCNN would have everyone believe. In 2008, for example, when Donald Trump was still hosting that idiotic show of his, “Celebrity Apprentice,” (wasn’t “The Apprentice” vastly superior?), President Obama told his supporters “If they bring a knife to the fight, we bring a gun. Because from what I understand, folks in Philly like a good brawl.”

And in 2011, African American Conservatives’ Marie Stroughter interviewed Ann Coulter about her book Demonic in which Ms. Coulter argued as follows:

The Democratic Party is the party of the mob, irrespective of what the mob represents. Democrats activate mobs, depend on mobs, coddle mobs, publicize and celebrate mobs — they are the mob. Indeed, the very idea of a “community organizer” is to stir up a mob for some political purpose. “As so frequently happens when a crowd goes wild,” historian Eric Durschmied says, “there is always one who shouts louder and thereby appoints himself as their leader.” Those are the people we call “elected Democrats.” 1

To my knowledge, neither Marie Stroughter, nor Ann Coulter, as brilliant as they are, knew in 2011 that Donald Trump would be our next president.

Just as President Trump was not the progenitor of the current atmosphere of political violence, his role in inflaming it has also been greatly exaggerated.

There was often violence at Mr. Trump’s rallies, and to his discredit, Mr. Trump encouraged some of it, as has been widely reported. However, it has been much less reported that this violence, as well as the candidate’s cheerleading of it, was typically in response to a campaign by the left to bully the Trump candidacy into submission.

Donald Trump is occasionally quoted by those who want to make the case that he spurs on violence as saying at a February 2016 rally “Knock the crap out of him, would you? I promise you, I will pay your legal fees.” But Mr. Trump began that quote with “if you see somebody getting ready to throw a tomato” and he made the comment about a week after a protester at another rally threw a tomato at him.

Again, Donald Trump should not have told his supporters to “knock the crap” out of anyone, but context is always important.

Unfortunately, even in light of recent attempted assassinations of several important political leaders (assuming the whole thing wasn’t just some false flag), there seems to be little progress towards the realization of my imagined PSA video. Rather than joining with the president’s call for bipartisanship, the media and the Democrats have responded by demanding President Trump cease attacking them, even as they increase their attacks upon him.

This is a strategy that might benefit the left in the short-run. But, it is a dangerous game they are playing, and very provocative to the wrong sort of people, with stakes much graver to them, and to all of us, than who will win the next election.