It is with great sadness that I announce the passing of my friend and colleague, Dr. Timothy F. Johnson. Tim was founder of the Frederick Douglass Foundation, an organization for which I proudly served as Communications Director for California’s state chapter for three years.

Like many conservatives of note, Tim appeared on our show, and discussed his passion for Christian principles, limited government, free market principles and Republican values, the cornerstones upon which the Frederick Douglass Foundation is based.

Unlike many of the guests on the show, I was blessed to meet Tim in person, and was struck with his easy friendship, his fierce conservatism and his passion for making a difference in our community and our country.

However, though he may be gone in body, his legacy lives on through the amazing work of the many dedicated men and women he has mentored and impacted, and the Foundation he has left behind to carry out his mission.

If you wish to make a donation in his memory, you may do so at the fund set up in his honor by the family.

Of course, the most fitting tribute any of us can give, is to live a life of service dedicated to God and country, and continue on in the work Tim started.

UPDATE: This afternoon, The National chapter of the Frederick Douglass Foundation issued an official statement. 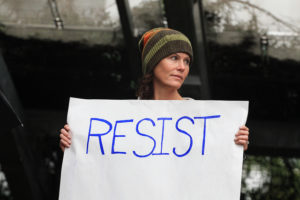