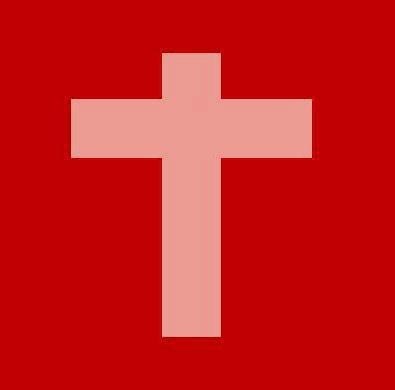 I’ve read a lot of articles over the past several years, ever since my state voted against same sex marriage (twice). Now that the issue is before the Supreme Court, I see tensions running high on both sides, but few have articulated what I hope to be the definitive explanation on the matter, on behalf of those who object.

With all the love, respect and patience I have, I am going to try to explain why same sex marriage is an oxymoron.

Before commencing with the “no h8” hooha, try to hear me out…it’s the only way to know what I am thinking. Which is one of many problems with my opinions in general…many on the other side of issues dear to me use hateful words because I think differently, rather than trying to get into my head so they can truly understand my perspective rather than just bash it.

I don’t hate gay people, so I’m not a “h8r,” nor am I afraid of them, so I’m clearly not a homophobe. These are words used to “emotionalize” an issue, rather than discuss facts; and to denigrate the ideology of those one disagrees with. I don’t call names: I use facts and there are plenty of them here. We just may not agree on them.

If you really, really just want to “get it” you are going to have to wade through some stuff that may make you uncomfortable, maybe even make you mad, but making assumptions about me won’t help us understand each other.

Fast forward to now: the government is telling religious people that they must provide abortifacients contrary to their religious beliefs, even when they are commonly available elsewhere (and we are forced to fund those other ones as well, regardless of our faith). Yes, the government, once again, is telling the Church (used in a universal sense), what it must do, “or else.”

Liberals for so long have castigated Christians for “clinging to their Bibles,” yet now…..now!!!…now a group of people want in on something that was created by this very God they want out of their government…and out of their political party, by booing Him and trying to vote Him out of it.

I set that sentence apart because you need to understand that in order to understand my objection to same sex marriage. God created marriage and you cannot “separate” Him from it. He created it, and without Him it did not exist before He established it. In the thousands of years since God created marriage, it has followed His exact precepts: one man and one woman. You cannot out-legislate God (He created law, too!). Gays and lesbians can create something else, but cannot take what He has created and strip it of the parts not liked! Marriage is God’s “intellectual property.”

Marriage does not exist apart from God.

Here’s where I get a lot more people mad at me: advocates of same sex marriage aren’t the only ones who have it wrong about who may marry. That’s right. There are conditions, only one of which specifies the sexes of the candidates eligible to be married. Matthew 19 talks about some other criteria: you can’t have been married before and have cheated on your spouse. That, too, creates an unscriptural situation that God nor His people are to recognize. The one cheated upon may remarry, but the “guilty party?” Hosed. That’s how seriously God takes this precious institution He created.

Many articles have touched upon the issue of creating children, something that only a male and female can do (yes, I am an adoptive mom, and understand the other methods of family-building). However, the need for a man and a woman in order to produce children is yet another fingerprint God placed upon His design for marriage.

When I gave birth to my oldest son, I said it was the closest I would ever come to understanding how God created mankind. By the same token, marriage is the DNA of God’s relationship with the church. It is through marriage we understand God’s love for His church. This concept is at the very heart of religion, because Scripture tells us that His church is His bride, He died for her, and that His love for us is like a man’s love for his wife (Ephesians 5:25ff). Note the masculine and feminine verbiage. You cannot alter that, thus, you cannot alter marriage.

You cannot divest yourselves of the “trappings” of religion and take something that is, by its very nature, religious. You can’t skip the “religion” part that forbids males to be with males and females to be with females and then insist upon being let into the inner sanctum of religion (Romans 1:24-27).

If someone wants to will something to someone else, get power of attorney, have hospital visitation rights….those are legal and/or contractual issues. And no one (at least no one that I know) is saying anything about those. We are saying leave religion out of this, and marriage is inextricably linked to God and His church.

By the same token, you cannot have “gay marriage” and have the First Amendment stand, too. By practicing the tenets I have outlined here, I cannot “recognize” a government issued same sex “marriage.” If I were a clergy person, I could not perform such a ceremony (and, yes, I do know of ministers who will not perform marriages for those unscripturally divorced (on behalf of the person who committed adultery)).

By trying to force me to provide abortifacients, to recognize a marriage that the practice of my religion tells me cannot exist because it does not meet the qualifications, or by forcing someone to perform such a marriage, that “separation” of government telling the “church” what to do ceases to exist, and thereby my constitutionally protected First Amendment right to practice my religion unfettered by governmental interference. You simply cannot have it both ways: remove all that “religious stuff” in government, but yet have government and its courts dictate the tenets of religion. Period.

Once we go down this slippery slope, as we are already with the HHS mandate, then you begin to have government encroach upon an area where there is a much Higher Law, and, again, where the government then subjugates people protected by the First Amendment to a group of people who want a piece of something steeped in religion without that religion itself.