You don’t have to cast a very wide net in and around the blogosphere to find that most conservatives bristle at the charge made that we disagree with President Obama based upon his skin color. It’s an absurd notion, yet we are still labeled “racists” unjustly.

Black conservatives, in particular, have it doubly hard: not only are we Right and “wrong,” according to the Left, but in our own communities we are pariahs, “sellouts,” “house negroes,” “Uncle Toms/Aunt Jemimas” and the like.

Charlie Rangel and Maxine Waters are trotting out that old tired race card in defending themselves against ethics charges, stating the allegations stem from those who disagree with them because they are Black. From my vantage point, wrong is wrong, and is not the exclusive purview of any ethnicity.

So why is the Black Conservative blogosphere hopping with “I Like Mike” posts, in defense of Chairman Steele’s RNC chairmanship? Are we suggesting a “white man” (Saul Anuzis) is somehow The Man out to “get” Michael Steele, Black Man? And, why is much being made of Chairman Steele’s “blackness” now? Have we not said for two full years that we don’t care what color he is and that he wasn’t chosen as a “foil” to Barack Obama’s election as “First Black President?”

Anyone familiar with this blog knows I have long been openly critical of Chairman Steele and his “leadership.” I am openly critical of our President’s leadership. Both are Black men….Could there be some sinister connection between their skin color and my :::gasp:::: dissatisfaction? Am I one of them thar “racists?”

I do not support electing Chairman Steele to another RNC term for the same reason I do not support President Obama’s policies, and it has nothing to do with race. It has to do with a little thing I like to call Lack of Substance. Period. Before you trot out the Republican electoral landslide last month, please let me remind you it had nothing to do with the vast superiority of the GOP, a fact Marco Rubio pointed out quite clearly. It had everything to do with Washington’s arrogance, its deaf ears to the cries of the people, and the incredible juggernaut that is the Tea Party (and may I remind you that the Tea Party is non-partisan, made up of Republicans, Independents and Democrats). The Tea Party had conservatives whipped up into a frenzy long before Michael Steele ever donned a “Fire Pelosi” cap and rode around the country in a bus preaching (to the choir!) the dangers of another term under Speaker Pelosi!

In fact, rather than bucking the system and ushering a new era of Republicanism, Mr. Steele represents “establishment” Republicans during a time when the GOP failed to throw its considerable weight behind non-traditional candidates. Though he himself offered tepid support for candidates “of the people” such as Christine O’Donnell, Chairman Steele fell far short of the “Jim DeMint standard” in taking the GOP to task over this issue, and only issued the almost parental “stop it” to the squabbling sibs when it reached a fever point. That doesn’t meet my definition of leadership, and I am willing to look to others – regardless of skin color – to see who might heal any party rifts and advance the conservative agenda given the groundswell of opportunity granted by this political cycle.

America is fed up with two years of empty promises from this President and his administration. We are tired of hearing George Bush is to blame for global warming, Katrina, the oil BP spill and Haiti’s devastating earthquake — though he had long been out of office when these last two events occurred — and hearing he is responsible for my taxes (hello, who is currently mulling over extending the “Bush tax cuts?” Is it George Bush? Who has the power now?).

Similarly, some conservatives – of all colors – are fed up with “giving a pass” to someone who has not substantially lived up to the mantle of the title of Chairman. We decry “affirmative action” yet seem all too willing to discuss the race of the person occupying (or exiting) the office, and not the performance of that person.

Yes we have an amazing bumper crop of Black republicans who ran this election cycle and some will be taking office next month. Is that Michael Steele’s doing? Is it to Barack Obama’s credit? Or is it because Americans, who have long said we are not racists, are actually right, and are choosing to elect leaders who best represent our voices in our nation’s capital?

How about a post expounding on who would be the best Republican for the job. I’m from Ohio, so naturally I would like to see Ken Blackwell. But that’s me. I could be wrong. I would love to hear your website articulate that best choice for the job. 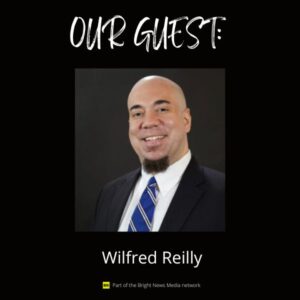