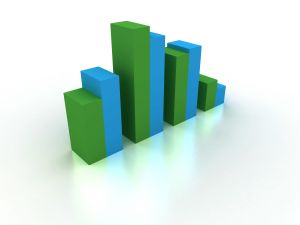 To many economists and business people, waiting for the results of the Bowles-Simpson fiscal commission has been like waiting for lab results on a persistent cough in a doctor’s office. It was easy to fear the worse, especially when the doctor who ordered the lab test is not exactly known for his competence, experience, or for always having the best interest of his patients in mind.   However, when a draft of the lab results was announced, my reaction at least was “Whew!”

After all, many – including me, and I suspect, the President – were expecting a far different diagnosis for dealing with the debt. Namely, the suspected result of the commission was to call for, and to give cover for the President’s call for, massive tax increases. These tax increases would have most likely come in the form of a VAT tax, which would not have replaced the taxes we already pay, as some VAT tax advocates have called for, but would have been a tax in addition to the taxes we already pay.

So worried was some about this VAT tax that reporters began asking commission members about it months ago, and the commission did nothing to dissuade anyone from the notion that the VAT was coming.  Bruce Reed, the commission’s executive director, when asked about the VAT tax, said “We need to talk through all sides of this equation. We’re going to look at the discretionary spending, mandatory spending, tax reform … look at the issue from every angle. And also look at ways and making sure that the economy is strong and it’s growing faster than debt is growing.” Obama and White House officials gave similar answers, never saying a VAT or any such huge tax increase was eminent, but never ruling one out either.

Obama still hasn’t ruled out a huge tax increase, even on people who make less than $250,000 a year, despite his campaign promise. However, the fiscal commission notably avoided taking this route. It actually calls for tax decreases, a lowering of all tax rates, even for people in the highest tax bracket, who will see their tax rate drop from 35% to 23%, and for corporations, who will see a tax rate decrease from 35% to 26%.

These tax rate reductions will be paid for in large part by the elimination of key tax exemptions, even the home mortgage exemption (which has even some fiscal conservatives and deficit hawks howling) and the Earned Income Tax Credit.  But as much as the loss of these exemptions seem to hurt the lower and middle classes, it is important to remind ourselves that with the lowering of the bottom two tax brackets – the lowest rate falling from the projected 15% in 2011 to 8%, and the middle rate falling from 31% to 15% – the poor and the middle class should actually come out ahead. Add to this the proven stimulative effect tax rate decreases have on the economy, especially in comparison to the President’s $1 trillion dollar stimulus plan full of temporary tax cuts, earmarks, boondoggles, and money set aside for “shovel ready projects” that the President concedes never really existed.

Interestingly, the fiscal commission argument echoes the argument put forth by flat taxers. Steve Forbes, the chief proponent of the flat tax, calls for “a single-rate federal income tax and corporate tax of 17 percent,” and eliminates the mortgage deduction as well.

The commission also makes some recommendations – reasonable and necessary, in my view – on entitlement reform. And again it echoes some of the arguments being put forth by conservatives. Bowles-Simpson calls for raising the age of eligibility for Social Security, for example, to age 69 2075. Let me point out that in 1935, when Social Security became law, life expectancy was about 60, so essentially the government expected you to die five years before you were eligible to collect. By 2050 life expectancy has been predicted to run as high as 88 years, so retirees would be eligible to collect benefits for 25-30 years. Great for them, but imagine the taxes their children will have to pay to support this.

And how could a  conservative case be made for the Bowles-Simpson report be made without mentioning that it calls for cutting the money we pay to the United Nations by $300 million dollars a year, as well as eliminating funding for National Public Radio (NPR). High five!

Of course, I am not thrilled by everything I’ve read so far is the fiscal commission report. Its recommendations on the military – as summarized by David Dayen of Firedoglake, to “Add co-pays to the Veterans’ Administration and TRICARE, as well as pushing individuals covered by TRICARE into an employer policy. They also want to freeze noncombat military pay for three years. And, they want to end schools for families on military bases, instead reintegrating soldier’s kids into the public school system (because that’s so easy for a military family that moves every other year)” – strikes me as simply as offensive, perhaps even immoral, and hardly the sort of recommendations one should be making on Veteran’s Day.  I am not opposed to cuts in the military – even Rand Paul and the CATO Institute has argued for them – but these cuts should not come by a reduction on our national security, nor should it come on the backs (or the healthcare benefits) of the people actually risking their lives to protect us.

Also, I hate the idea of increasing the gas tax, which the commission proposes to do.  There seems to be few better ways for killing economic growth than by making energy prices more expensive, although in fairness I will concede that the commission’s plan to raise gas taxes one penny a month every three months beginning in 2013 until it reaches a maximum of an 15 cent increase hardly seems draconian, especially compared to some of the proposed tax increases I’ve seen out there. In fact, gas prices are increasing far more drastically due to the recent decision by the Fed to monetize the debt than it would under the Bowles-Simpson plan.

I wish the commission had hit upon some other areas as well; including the elimination of earmarks, ending Medicare fraud which costs the taxpayer at minimum $60 billion dollars a year and perhaps many times that, the expansion of our energy production markets including in ANWR, and so on. I would especially love to see the basic reduction in the size of government, including the elimination or reduction of the Departments of Education, Interior, Energy, and Agriculture – just to name a few. So many federal departments perform duties best left for the states, if they must be done by government at all.

Still, any plan that gets attacked by labor unions and Nancy Pelosi calls “simply unacceptable” is probably a pretty good one, overall. I’m just wondering how soon the President who appointed the commission will take to ignore it. 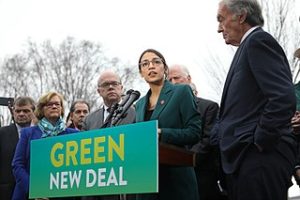 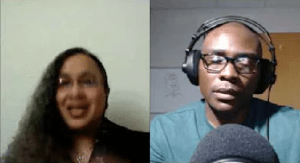