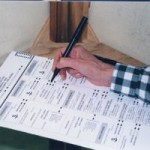 Historically, the 2010 midterm elections will probably be remembered as just a more than average election for the opposition party to the president during the second year of his administration, but hardly the Tea Party Tsunami for which many were wishing, and many experts were predicting. For example, Michael Barone, the esteemed political analyst for the Washington Examiner, was sending signals that the GOP could pick up as many as 100 seats in the House, and many polls indicated that 10 seats the GOP needed to win the Senate was within their grasp. Alas, it was not to be.

Still, picking up 61 seats in the House, 6 seats in the Senate, and taking about 10 governor’s seats from the Democrats, give or take, is not bad. In fact, it is good enough to explain why so many on the Right are celebrating midterm election results, while the Left are hanging their heads. President Obama himself even admitted to taking a “shellacking,” and has to console himself with a $200 million dollar a day trip to India. The GOP will hold the House, and will be a big enough minority in the Senate that the Democrats will no longer be able to ram their Big Government agenda down the throats of the American people

However, I am more impressed by the quality of the GOP wins than by the quantity of them. The new faces in the Class of 2011 are some of the most interesting figures elected into statewide and national offices since 1994, perhaps even longer than that. Rand Paul, Pat Toomey, Mark Kirk (who won Obama’s old Senate seat), and Rick Scott are among those who will have a significant impact over the next few years, not simply because they are Republicans, but because they are Conservatives.

However, even more significant than these wins are the number of wins by the Conservatives the Left hates and fears the most: minority Conservatives, or candidates who are continuing to contribute to what Ebony magazine described as “the browning of the GOP.” One almost feels sorry for the Congressional Black Caucus, who will no longer be able to enjoy meeting to discuss how dreamy Fidel Castro is without being interrupted by knocks on their door from Allen West and Tim Scott, demanding admission.  Nikki Haley joined Bobby Jindal as Indian-American Conservative governors.  Similarly, Hispanic conservatives did well yesterday too. Susana Martinez won New Mexico,  Marco Rubio’s star continues to rise with his win in Florida, and if Harry Reid is still wondering why any Hispanic would vote Republican, then he can now ask his governor-elect, the Republican Brian Sandoval.

Still, there were some sad defeats on Election night. For every AACON fave such as Jim DeMint, Jennifer Carroll, or Michelle Bachmann who won, there were others – such as Ryan Frazier, Isaac Hayes, Bill Marcy, Charles Lollar, and Bill Randall – who lost. I am especially disappointed by California voters, who actually had a chance to elect such truly impressive people like Star Parker and Chuck Devore, but instead stayed rooted the same progressive candidates, regardless of how hackneyed, incompetent, and even corrupt these progressives had already proved themselves to be. Six more years of Boxer? Four more years of Brown? Really?

Yet in these defeats lies one of the essential questions of the 2010 election: how seriously is the GOP going to take this whole “conservative” thing anyway? The question is an important one because the Republicans did have a legitimate shot at winning the Senate, but seemingly shot themselves in the foot by electing Tea Party candidates who lost election a more centrist Republican may have been able to easily win. Mike Castle of Delaware was expected to easily defeat Coons, but instead lost the primary to Christine O’Donnell, who proved to be a poor general election candidate. (Sharron Angle similarly may not have been as competitive against Harry Reid as some of her primary opponents, though given the reported machinations and manipulations of the voting process employed by Reid, perhaps no one could have defeated him.)

My guess is that the answer to that aforementioned question is “very.”  The nomination of so many Tea Partiers over moderates may have saved the Democratic majority in the Senate, but it is an ominous sign for the progressive agenda in both the Congress and the White House that voters would rather sacrifice a seat to a liberal, and ultimately control of the Senate by their party, rather than support progressivism from either party.

Go along to get along Republicans – who could sit in the clubhouse with the Democrats, and come to an understanding with them on some overreaching, Big Government legislation – perhaps in return for an earmark, or some positive press coverage in the mainstream media, or perhaps some perfunctory tax cut to sell to their supporters – are going or already gone.  I am not sure how well the Republican Party understands this yet, especially if they reelect Mitch McConnell as their Minority Leader, but it is a lesson they will be well served to study before the 2012 elections. 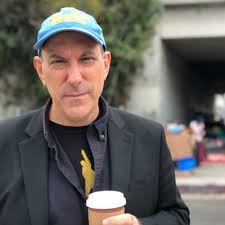