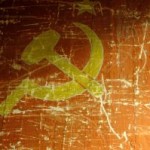 Allen West wrote recently that, “instead of maintaining its mission and vision, the NAACP has now become the ‘useful idiot’s’ for liberal racism. They have made themselves into a political hack job organization which now seeks to maintain the liberal progressive socialist control of the 21 century plantation. It is on this new economic plantation where the liberals seek to enslave the Black community in order to maintain a devoted, monolithic, voting electorate.” I disagree. Although the NAACP has accomplished many good things for many Black people, they have not just ‘become useful idiots.’ They always have been.

Woodrow Wilson, as president of Princeton, rejected the application of all Blacks who desired to attend his university, encouraging Blacks to not bother applying. As President of the United States he made Jim Crow federal policy, using his power to express his contempt for African Americans by attempting to segregate them as far away from White America as possible. In the military under President Wilson, Black soldiers could still die for their country but no longer were able to die alongside Whites for their country. He is quoted in Birth of the Nation as saying that “The White men were roused by a mere instinct of self-preservation … until at last there had sprung into existence the great Ku Klux Klan, a veritable empire to the South, to protect the Southern country.” Wilson was likely the most racist president of the 20th century. W. E.B. Dubois, head of the NAACP, campaigned for Wilson’s election and reelection.

Another fan of the Klan was Planned Parenthood founder Margaret Sanger, who boasted of speaking to them in her autobiography. Her words there were not recorded, but given that she is known to have said “We do not want word to get out that we want to exterminate the Negro population,” it is difficult to imagine her reception from the Klan was less than friendly. She is the mother of the abortion movement whose goal it was to use abortions, as well as sterilizations and segregation, by way of what was called The Negro Project, as a means to rid of the world of undesirables, namely African Americans. She was supported in this effort by many of the founders of the NAACP. (Note: even today the NAACP refuses to condemn Margaret Sanger or Planned Parenthood despite alarmingly tragic statistics, such as the one that reported that in New York City, Blacks are more likely to be aborted than born.)

The NAACP also eagerly supported President Lyndon Johnson, who if not for his unwillingness to surrender to the communist North Vietnamese, would be a progressive hero on equal footing with Wilson and Sanger. The NAACP especially canonized President Johnson for his work to pass the Civil Rights Act of 1964, which is understandable given how hugely beneficial that was to Blacks. However, Johnson was no lover of the African-American. Nor was he blind to the political benefits of passing the Civil Rights Act, which most of his party, including John F. Kennedy, opposed when it was introduced in 1957 by a Republican president. Johnson reportedly even said to three governors upon Air Force One, “I’ll have those n*****s voting Democratic for a generation.”

Clearly, to understand progressivism, it is important to understand the words and work of their Founding Fathers – men and women who, despite being historically racists of the worst sort, are always eager to silence their opposition by smearing them as racist. This is clearly stated in published leaked email from Journolist member and Washington Independent writer Spencer Ackerman, who wrote that the media should “take one of them [conservative Obama critics] — Fred Barnes, Karl Rove, who cares — and call them racists. Ask: why do they have such a deep-seated problem with a Black politician who unites the country? What lurks behind those problems? This makes them sputter with rage, which in turn leads to overreaction and self-destruction.”

And to understand the NAACP, it is important to understand that they, as an organization, are only too proud to stand shoulder-to-shoulder with the Progressives in order to fulfill what seems to be their primary function as an organization, which is to use their gravitas on racial issues to either lend credibility to whatever charges Progressives want to bludgeon their opposition with; or to provide cover, or even absolution, to Progressives who face those charges themselves.

Just recently for example we have witnessed the spectacle of the NAACP joining Presidents Clinton and Obama in mourning the passing of former Klansman and lifelong racist Robert Byrd, even to the degree of releasing a statement praising Senator Byrd for evolving from “being an active member of the KKK to a being a stalwart supporter of the Civil Rights Act, the Voting Rights Act, and many other pieces of seminal legislation that advanced the civil rights and liberties of our country.” Never mind that Byrd actually voted against both Acts, the important thing to remember is that Byrd had become a fairly reliable vote for progressivism, so the NAACP were obliged to send flowers, so to speak.

The NAACP did not manage the same kind words for Clarence Thomas that they showered Robert Byrd with, especially not while Thomas was going through his tortuous Senate confirmation. Well, the Compton Branch of the NAACP did. Royce Esters, president of the Compton branch and someone apparently since in his desire to see the advancement of colored people, said that he admired Justice Thomas because Thomas represented how a Black man could achieve success in America through hard work and merit, as opposed to “a plantation system of welfare and prison” and lead his group into endorsing Thomas for the supreme Court. For this blasphemy, the NAACP, once again under orders from their Progressive Masters, threatened to suspend all the officers of the Compton branch.

We have also just seen the NAACP comment on the case of Kenneth Gladney, an African American street vendor who was beaten and called a n****r by the SEIU for selling “Don’t Tread on Me” flags outside of a Tea Party rally. Although Mr. Gladney’s flag-selling was likely more of a reflection of his entrepreneurial spirit than of his politics, the NAACP of Missouri demanded that all assault charges against the SEIU thugs be dropped, declaring that Mr. Gladney – who, let’s remember, the NAACP knows nothing about other than he sold flags on the street – was “not Black enough” and an “Uncle Tom.” Therefore, one would conclude, extending the NAACP’s reasoning, anyone who irritates the Progressive Masters – in this case the SEIU – is not only deserving the protection of the law, but is not worthy of even being Black.

One of the greatest threats, or at least irritants, to the Progressive Masters today is the Tea Party Movement, so the Progressives, characteristically, began labeling Tea Partiers ‘racist’ as a means to discredit them, or at the very least distract them. Dr. Mary Francis Berry, President Clinton’s Civil Rights Commission chair, praised this strategy during a recent interview: “Tainting the tea party movement with the charge of racism is proving to be an effective strategy for Democrats. There is no evidence that tea party adherents are any more racist than other Republicans, and indeed many other Americans. But getting them to spend their time purging their ranks and having candidates distance themselves should help Democrats win in November. Having one’s opponent rebut charges of racism is far better than discussing joblessness.”

And again, as has been their wont, the NAACP is doing their master’s bidding by releasing a statement that condemned the Tea Party for “explicitly racist behavior.” “Explicitly” is a poor word choice here, because if Tea Party racism was truly ‘explicit,’ the NAACP would be able to provide evidence of it, or the racism would be so apparent that no evidence would be required. Instead, unable to find much to substantiate their claim, the NAACP was forced to throw a wide net. Ben Jealous, president of the NAACP, suddenly began making it known that his group didn’t have a problem with the Tea Party itself, who he was now calling ‘patriots who only wanted smaller government and lower taxes,’ just “the racist element and activities within the tea party.”

In other words, Jealous may not be able to prove that the Tea Party is racist, but as long as he can find one person out of the hundreds of thousands who may be participating at a rally carrying an “Obama Go Back To Kenya” sign or find a quote from David Duke supporting the Tea Party, well then, his job is done.

Calling the Tea Partiers racist is troublesome because some Tea Partiers, and people sympathetic to the Tea Party, like myself, are Black. And the Tea Party has in fact worked to advance colored people, not just African Americans like Allen West and Star Parker, but also people such as Nikki Haley, Marco Rubio, and Bobby Jindal. How is it that they can so easily support candidates of so many differing ethnicities? It is because Tea Party members by and large judge people not by the color of their skin but for the content of their political platform, especially on issues of debt and the size of government:

Americans who support the Tea Party movement are more likely to see the size of the federal government and the national debt as serious threats to the nation than those who are neutral or opposed to the Tea Party, recent USA Today/Gallup polls released Monday found.

Calling the Tea Party ‘racist’ is not only inaccurate, it is also ironic. Before the Tea Party movement became so prominent, the conservative movement was seen as the venue, to quote of Katrina Van Heuvel of The Nation, of the “male, pale, and stale” – meaning basically that Republicans were a bunch of old, White guys. However, an argument can be made that it was the Tea Parties – with their embrace of candidates like Michele Bachmann, Sarah Palin, Sharon Angle, Star Parker, Allen West, Marco Rubio, Nikki Haley, Herman Cain, Charles Lollar, and so many other women and minorities – that has allowed Conservatism to be represented by a more diverse face.

The Tea Parties and the NAACP do have some things in common though. Although the NAACP pretends to be race-focused, both tend to be fairly colorblind, especially in their political support. An African-American Conservative is no more likely to receive support from the NAACP than a Progressive White would from the Tea Party. And both strive to continue the work of the men who came before them. The Tea Party seeks to adhere to the philosophy of men like George Washington, Thomas Jefferson, and John Adams; while the NAACP continues to be inspired by their Founding Fathers, such as Woodrow Wilson and Margaret Sanger.

Where have you been? Or, more precisely, why haven’t I found you before now?