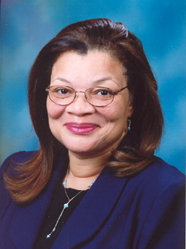 “We all need to examine and repent of our own tolerance for discrimination,” said Dr. King, “but to condemn an entire group because of a few people, yet support Planned Parenthood, an organization marinated in racism, is to strain out gnats and swallow a camel.”

“The most obvious practitioner of racism in the United States today is Planned Parenthood, an organization founded by the eugenicist Margaret Sanger and recently documented as ready to accept money to eliminate black babies,” added Dr. King.  “The most positive step we can take to fight racism is to end the hundreds of millions of dollars in taxpayer subsidies given to an organization that fulfills the dreams of the Ku Klux Klan – a group Planned Parenthood’s founder once addressed.”

How can it be a planned parenthood with no baby to raise?

I saw her on Fox News. What an amazing woman whose authenticity cannot be denied by the NAACP?

Dr Alveda King was in one of the best tools ever created to expose Planned Parenthood. The documentary is called Maafa21 – POWERFUL and worth watching all 2.5 hours. Get the film here http://www.maafa21.com