Anyone who follows the current political chatter these days might find it easy to forget that out of all the countless terrorists this country has fought over the last decade, and out of all the countless terrorists we have captured, fewer than one hundred were deemed to be necessary subjects of enhanced interrogations. And out of that one hundred, the number who were subjected to waterboarding totals exactly 3. So obviously enhanced interrogations, relative to the number of terrorists in detention, is a rare event despite how much media attention it has received. In fact, one has a greater chance of being waterboarded by becoming a journalist, pundit, or talk show host than becoming a member of al-Qaeda.

Not only is the attention enhanced techniques have received overwhelming, the debate over whether enhanced techniques are necessary evils in the war on terror or just evil is equally ubiquitous. Politicians and pundits I respect have taken opposite sides of the argument. The Cheneys – Dick and Liz – have been arguing very forcefully for enhanced techniques; while Senators McCain and Graham, as well as General Petraeus, have spoken out equally against it.

Obviously, despite the debate, if the US captures an enemy combatant whom we believe may have information about a terror attack against our country, and we believe we can prevent such an attack by getting him to extracting information from him, we are going to do it. It hardly matters if we have George W. Bush in the White House or Barack H. Obama in the White House. It doesn’t even matter what rhetoric the President may use in public about such techniques. A president can cheerlead or condemn enhanced interrogations, but I don’t believe any president we’ve had, regardless of his politics or party, would hesitate to use any means necessary to prevent the loss of American lives to an enemy attack.

On this, I believe President Obama has the best solution. If enhanced techniques are, as he and other critics have said, torture, at least publicly,  beneath our values as Americans, illegal, immoral, and in violation of the Geneva Conventions; and if not using such techniques may be putting an entire American city at risk, then why not support the Obama compromise? Why not do as he is doing? Why not outsource the torture? It is the best of both worlds. Want information from a detainee? Why subject yourself to abuse by getting it yourself when you can ask friends to get that information for you? We have, after all, allies who are not burdened over the increasingly tedious debate over “torture” and wouldn’t hesitate to use techniques that would make Jack Bauer blush. For example, according to the Washington Post, Jordan is known for ‘beating suspects on the soles of their feel with a truncheon and forcing them to walk barefoot and bloodied across a salt-covered floor, and for handcuffing prisoners behind their legs, hanging them upside down by a rod placed behind their knees, and beating them’.

Forget the cruelty of this, especially compared to the techniques Americans would have used to force information from the same suspect. And let us forget the hypocrisy involved in capturing a suspect, delivering him to a country like Jordan so that he can be beaten in such a manner, so that we can maintain our claim to “moral superiority”.  The bottom line is that the US should still be getting the information we need to protect American lives. 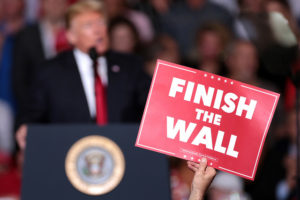